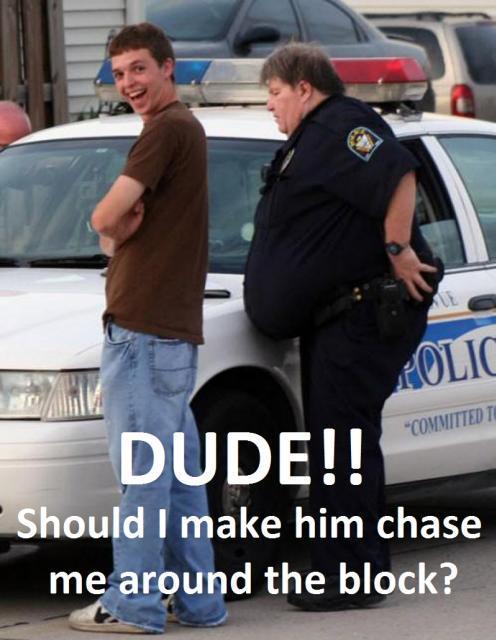 Way back when, when people started tooling around in those crazy “horseless carriages,” it quickly became apparent that some measure of control needed to be implemented for the betterment, not to mention the safety, of society. This led to the implementation of laws that were specifically designed to address driving and the hazards that it can present.

Although this system was intended to be based upon the general idea that those accused are innocent until proven guilty, that is not always the case when it comes to traffic law. Subsequent changes in the laws that govern driving have occurred since those early days and have regrettably led to frequent abuses of power among various law enforcement agencies. These abuses can run the gamut from an unwarranted traffic stop to being bullied by officers simply because they carry a gun and a badge. Even if a driver only commits a slight infraction of the law, often police officers will pull them over and look for other issues for which they can issue traffic citations or even elicit arrests. Sometimes this happens if there is just the perception of an infraction.

From the moment of contact by police officers, most drivers feel intimidated. This is not surprising when you consider the scenario. You are sitting in your car by the side of the road, and there is an authority figure with a gun looming over you. For many people, being in this subordinate situation subliminally harkens back to primal instinct, inducing a fear response because sitting while someone is standing over you makes one feel vulnerable under the best of circumstances. Then there is the aspect of other drivers slowing down and staring as they pass by. When this happens, let’s face it, it is just embarrassing. You know every other driver is thinking, “Better him than me.”

Then there is the standard question that ALL cops ask you – “Do you know why I stopped you?” Okay, anything you may say at this point could be problematic. As anyone who has watched cop shows on television knows, the things you say can and will be used against you. If you say, “I am really sorry, Officer. I didn’t realize how fast I was going,” bam! – you are unwittingly confessing to breaking the law. This is true if you respond to any infraction you think you may have made, not just speeding. Not only have you admitted guilt, but you may get cited for something other than why the officer pulled you over. Because of the power they wield and the legal deck already being stacked against you, the worst thing you can do at this point in the traffic stop is to question the cop or become argumentative. Your best option is to be polite and be brief. Never offer up too much information. Doing so will not only result in him finding as many infractions as possible to write you up for, but it will also make you more memorable for him when the time comes to go to court. You can be assured that if you are obnoxious during the traffic stop, he will be taking notes regarding your comments that he will use when you have to face him in court.

Things will not likely be any more favorable for you when you have to face the judge or hearing officer. That is unless you have a good traffic ticket attorney there to defend you, of course. Judges and hearing officers often deal with people of ill-repute all day long. It is just the nature of the legal system. It is, therefore, critical that you ensure that you stand apart from the type of people that judges see over and over again. This is just one major reason why it is imperative that you don’t approach the situation with a chip on your shoulder. Those involved in the legal system deal with far too many people who lack the appropriate respect that is warranted when one appears in court. You also want to dress appropriately for court. Just like a poor attitude, poor clothing choices can devastate a case if the way you present yourself gives the judge the perception that you are a person of negative character. You are not likely to be taken very seriously if you show up to court with exposed cleavage or your pants hanging down so low as to reveal your boxers.

Don’t forget that judges and cops do this all day, every day. Unfortunately, when you are in a position where you have to deal with criminals, liars, and manipulators on a daily basis, it is easy to become jaded. You can start to assume the worst in people before knowing all the facts of a case. This is another major reason why it is almost always in your best interest to hire a traffic ticket attorney. We work with most of the judges in South Florida, and consequently have established a strong working relationship with them. Doing our research, maintaining a professional demeanor in the courtroom, and being well-versed in traffic law affords us an edge in getting your traffic ticket dismissed or reduced.

The kind of abuse by law enforcement and the seemingly presumptive of guilt by the legal system toward drivers that I have mentioned are just two of the reasons why I left corporate law. I want to help drivers who are frequently railroaded by this oft-unfair legal system. This is one of the things that motivates me, and I like my job. It gives me the opportunity to right many of the injustices that I see perpetrated by law enforcement and the court system.

If you feel that you have received an unwarranted traffic citation or even choose to fight a traffic ticket that may have been justified, give our office a call for a free consultation at 954-967-9888. The structure of traffic laws may mean the odds are stacked against you, but every driver is entitled to a fair defense.