According to an article in the Independent Florida Alligator, my alma mater’s newspaper, a new bill proposed in the Florida House of Representatives would prohibit using a phone while driving. 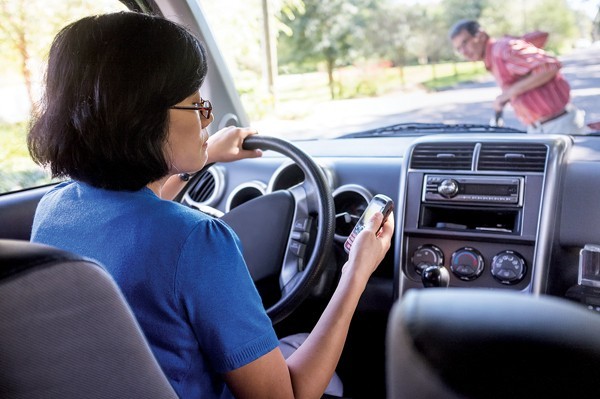 On Dec. 17, Florida State Rep. Jackie Toledo proposed the bill that would make texting and driving a primary offense, allowing police to pull over a driver if they see him or her on the phone, Toledo said. The bill would prohibit the use of phones while driving, with some exceptions.

“In order to save lives and change behavior, you have to have strict laws,” Toledo said.

Texting and driving is a secondary offense in Florida, meaning the driver must be doing something illegal, like speeding or running a red light while texting, she said.

This often makes the law difficult to enforce, said Gainesville Police Chief Inspector Jorge Campos. Making the law a primary offense would make it easier to identify and cite the offender.

Florida is one of four states without a primary offense ban on texting and driving, Toledo said. If passed, the bill would be effective Oct. 1.

“If we can save one life, it’s worth the fight,” Toledo said.

But Cantor worries it might be hard to discern what qualifies a ticket, especially when people use Google Maps on their phone.

“I haven’t been directly affected by it,” she said. “But there are instances in the past where I’ve been using my phone and something has almost happened.”