The most expensive U.S. states to get a ticket while speeding, running a red light or using a mobile phone in the car

The most expensive U.S. states to get a ticket while speeding, running a red light or using a mobile phone in the car 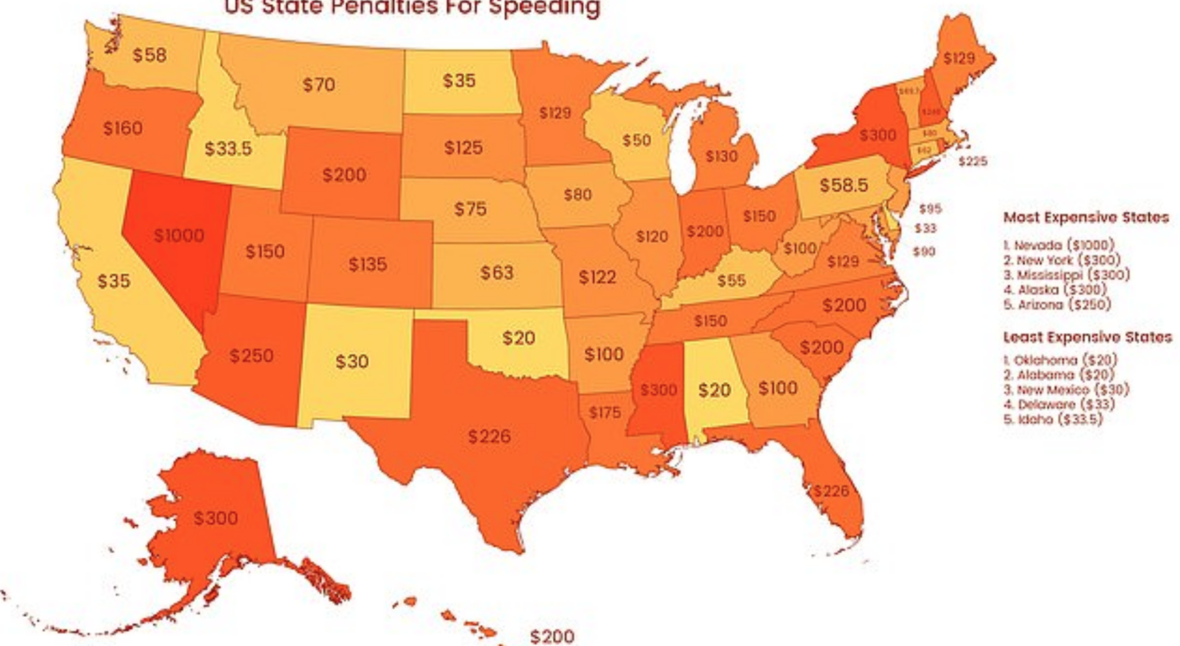 According to the Dailymail, Nationwide, the average fine for driving over the speed limit in America is $423.36, but the cost varies dramatically depending on which state you’re driving through. A new analysis by GoCompare, a UK-based insurance price comparison website, analyzed the 2017 fines in each state for speeding, using a mobile phone while driving and running a red light. At $1,000, Nevada has the highest fine in the country for driving 13 miles per hour over the highway speed limit. 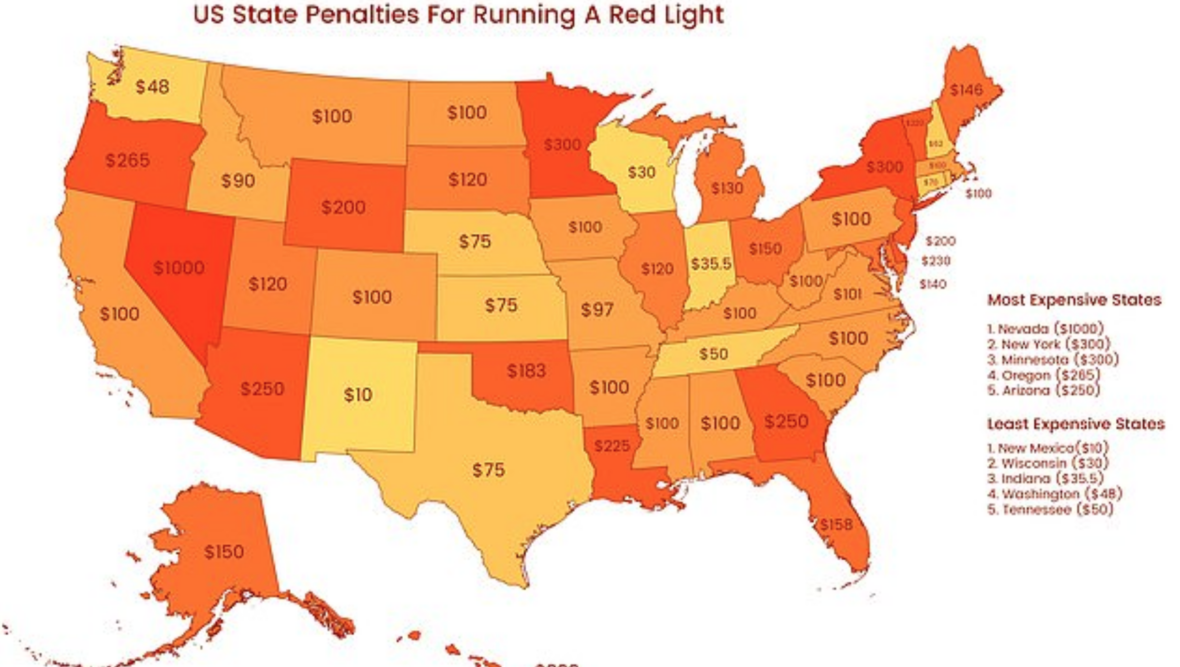 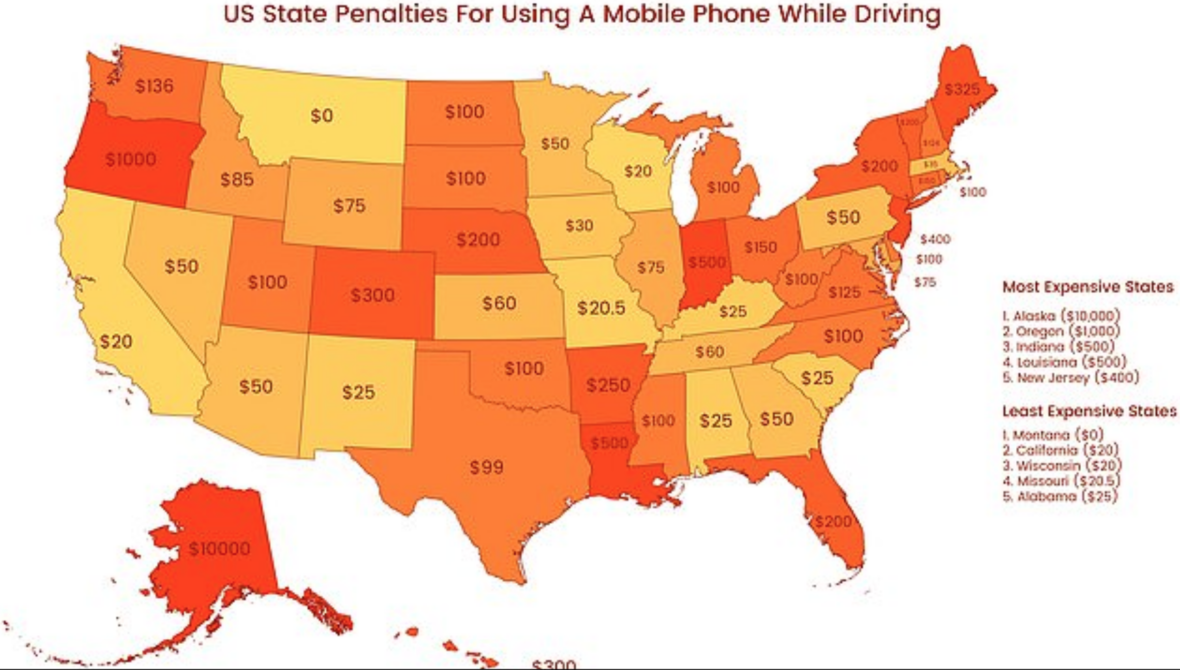 Indiana and Louisiana tied for third place with a $500 fine for using the phone, followed by New Jersey ($400), Maine ($325) and Colorado ($300). At $0, Montana had the lowest (non-existent) fine for using a cell phone while on the road. California and Wisconsin tied for second place ($20), followed by Missouri ($20.50) and Alabama ($25). The fines don’t always discourage behavior on the road, however. A recent study by researchers from Children’s Hospital of Philadelphia and the University of Pennsylvania School of Nursing found that in the previous three months, around half (52.2 percent) of parents talked on a cell phone while driving with their children in the car. Another 47 percent said they took a call while holding their mobile phone.

The study also found that 33.7 percent of parents read text messages and 26.7 percent sent messages while driving with children in the car. The study was conducted using an online sample of 760 adults from 47 US states. The respondents had to be at least 18 years old and either a parent or routine caregiver of a child aged between four and 10.