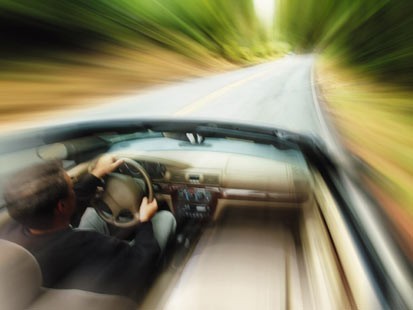 #1. HOW ARE SPEED LIMITS DETERMINED?
In theory, speed limits are supposed to be set at what the 85th percentile is driving and below. In other words, in free flowing traffic, 85% of the people will be driving at that limit or less. This is supposed to be the safest way to set speed limits. In practice, speed limits are now set according to what the federal government thinks is best for us to drive at and then blackmails the states by withholding money if they don’t use this arbitrary limit.

#3. WOULDN’T HIRE LIMITS MAKE PEOPLE DRIVER EVEN FASTER?
No. Most drivers will only go as fast as they feel comfortable despite what the speed limit is on the sign. In several studies this has proven true. IN one New York study, they raised the speed limit from 55 to 65 MPH to see if people’s average speed would increase. It turned out that peoples driving remained the same average speed of 68 MPH. This supports the first FAQ finding that most people drive the speed limit they are comfortable at regardless of the posted limit.

#4. DOES SPEEDING AND HIGHER SPEED LIMITS EQUAL MORE ACCIDENTS?
No. In fact the main cause of accidents is the fact that people are traveling at different speeds. Not that they are traveling too fast. If speed limits were raised to reflect the actual comfortable speed that most people drove, than most people would be traveling at the same speed causing less accidents. Also, if most people are going the same speed, traffic flows more easily. Thus, speed limits should be increased to reflect the speed people are actually going. According to the Florida Department of Transportation, only about 2% of accidents are caused by speeding.

#5. WON’T SPEED LIMITS SAVE GAS AND THUS THE ENVIRONMENT?
Nope. Gas is conserved when you drive at a steady rate. Most gas is wasted accelerating, breaking and then accelerating again. Yes, if you drive consistently at 80MPH and you drive consistently at 60MPH, you will use more gas at 80MPH than 60MPH. But that’s not how the real world driving works. Because everyone is doing a different speed, everyone is constantly speeding up and slowing down. Think about it. Half the drivers are driving at the speed which they feel comfortable, say 70MPH. A quarter are driving below the speed limit because they are afraid of getting a traffic ticket, say 60MPH. A quarter are exceeding the speed limit, say 80 MPH because they feel comfortable or they are frustrated by the people driving 60MPH. What you suspect happens does happen. Everyone is constantly adjusting their speed for everyone else. The fact is that speed limits do not save gas. They mess up the flow of traffic and actually hurt the environment. There is no doubt that driving does cause Co2 and this does effect the climate of the earth. But don’t blame speed limits, blame cars in general.